Getting down to earth in Red Creek

One treasure in our archives is a scrapbook by a local resident. It is a veritable wealth of local information, as it is predominantly from the Hampton Bays News. This newspaper was published by our former Police Chief, Mr. John Sutter.

While flipping through one of the books the other day, we came across an article from 1942 about a bomber plane crash-landing in Fleets Pond, in Red Creek. The pilot was apparently unharmed – and unnamed – and it is said that the plane was brought back to Mitchell Field. Today, Mitchell Field is an actual sports field in Hempstead, but at that time it was a major Army Air Force base.

The article isn’t very long, so we thought perhaps we could find more in the newspaper archives. However, there is no mention of this event anywhere that we could find.

Which may be why we did not find anything else about the crash. The local paper could be forgiven for mentioning such an unusual event, but the major papers were, by this time, completely aware that they had two major audiences: 1) Americans, heartily behind the war effort, and 2) Axis spies, interested in the reliability of military hardware. Unlike today, when the press seems gleeful to spread news of a militarily embarrassing nature, the press in 1942 would not have wanted to give such information wings, as it were, what with loose lips sinking ships and all.

Then again, another article from the same time period mentioned a less fortunate test pilot from Republic Airport that crashed on the island. His body was returned to his family in Alabama. One stops to wonder how far away East Farmingdale must have seemed to his heartbroken family.

For those of you unfamiliar with Republic Airport, it is in Farmingdale, alongside Routes 110, 109, and the Southern State Parkway. Originally built by Sherman Fairchild, a wunderkind who specialized in aviation, the field was used to test Fairchild aircraft built at an adjoining factory. Fairchild eventually moved to Maryland for more space and Grumman moved in. Ultimately, another company came in, Republic Aviation, which apparently gave the airport its current name.

Oh, and Republic Airport, now a general aviation airport complete with terminal, actually has its own Historical Society. Bet they don’t have a weekly column! 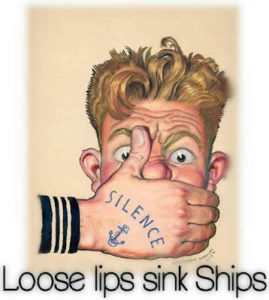