Peconic River at its best Wednesday, September 6, 2017, a friend, Mike, and I paddled the Peconic River from Connecticut Ave. in Manorville to Downtown Riverhead. The water level was the highest I have seen it in many years and it was so clear you could see the bottom for most of the 2 ½ hour trip. 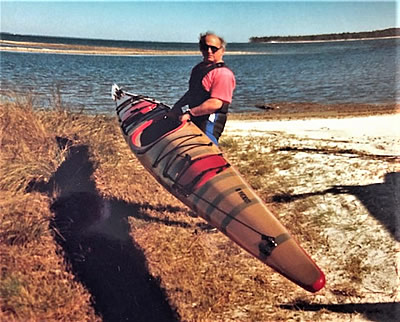 The past two summers, the water level was so low in the beginning that you had to get out and drag your canoe or kayak at least a 1/2 mile or put in at Edwards Avenue and forgo paddling the most scenic part. It rained enough this summer, including 9/6, so the water level was high. We used an 18’ Aluminum Canoe, *bent-shaft paddles and *Orbit Tour PFDs. We began our trip at 8:55 AM. Thunder, lightning and heavy rain started at 9. (We did not bring cell phones so there was no turning back.) After fifteen minutes of paddling hard we sprinted to an overlook shelter and waited out the storm for over forty minutes. We resumed the trip with wind at our back and high water.

Highlights of the Peconic River: All of the foliage is unbelievably beautiful. It is mostly many shades of green but there are poison ivy bushes with leaves turning red that are quite beautiful also. We saw a few great blue herons, dozens of swans, one cormorant, geese and ducks and many fish jumping out of the water including one about 18” long. A few turtles were sunning themselves on rocks. The only trash were 2 soda cans which I picked up. In recent years the DEC has made many river access improvements such as parking lots along the river and rails on which to slide your canoe or kayak into the water. A few problems that I take care of myself: trimming poison ivy bushes, removing large branches and trees that had fallen across the river and picking up trash at the put-ins and portage areas.

Synopsis: The Peconic River is a gem that should be seen by all paddlers and nature lovers.

For more information about the Peconic River and the Peconic Bay, you can call me or e-mail: 631-834-2525 or jim@longislandpaddling.com. BTW, I paddled the river for the first time in 1977 and have done it over 100 times since then by canoe, kayak and stand up paddleboard.  *Bent-shaft canoe paddles are very efficient. We used an ultralite carbon paddle and a very light Kronen Paddle made of wood from an African obeche tree. Orbit PFD is a comfortable pull-over life vest. It leaves your arms unencumbered and your chest exposed for suntan.