Though it seems endlessly familiar, the face of main street has continuously changed over the decades. Well-loved businesses have come and have gone, often lost to time. One such business was a store owned by Charlie Frank, which sold dry goods, corsets and clothing, as well as shoes and boots: “Snag Proof boots,” as well as ladies Queen Quality shoes and Walk Over shoes, which was a brand, not a style. An interesting note, Walk Over Shoe company has been around for over 250 years! 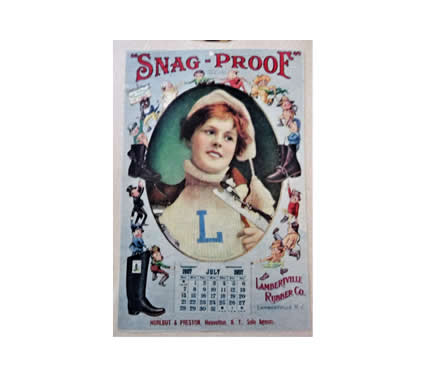 Prior to the advent of cars, most people, women especially, rarely left the house and had little spare time to shop – one of the reasons why Sears and Roebuck and their catalog was so popular. This made retail something of an iffy proposition and it behooved a merchant to do what he could to get his merchandise to the buyers at their homes. All those singing and dancing merchants under Oliver Twist’s window? – that’s the idea.

Mr. Frank started his business with a peddle wagon. Whether this means it was an actual wagon that you peddle (that is, pedal) or he used a horse and wagon to peddle (sell), is unclear – we suppose that, if he sold flowers, he would have had a petal wagon. Eventually, he opened a store. According to a 1910 newspaper expose’ on Good Ground (news being fairly slow in that decade), Mr. Frank and his wagon were still canvassing the area selling goods to those patrons who lived at a distance from his store in the village.

The use of a horse and wagon to sell pots, pans and bolts of fabric was still employed in recent memory – well, recent if you are in your 90s, which some of our supporters are. Some will know that this method survived long into the automobile era for one particular group of sellers: milkmen! The milk wagon horse would be taught to slowly amble down the street, while the milkman would walk back and forth, delivering milk bottles and bringing the empties back to the wagon.

But to get back to the subject at hand, being in business in a small town required – and still requires – the goodwill of the consumer. If you have a bagel store on Manhattan Island, you can probably afford to lose a few customers. On Shelter Island, not so much. Mr. Frank had a reputation for “integrity and fair dealing,” which surely helped his business. Meanwhile, Mrs. Frank, according to a newspaper article, had at least a momentary reputation for assault! We do not know the details, so we shall give her the benefit of the doubt and chalk that up to fake news. 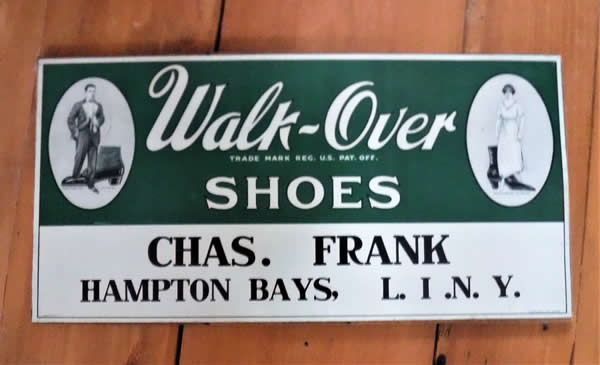