The Holidays are firmly upon us and the elves here at the HBHPS decided that this week’s missive should be fitting to the season. Lots of images are related to this time of year, candles, poinsettias, colorful lights, to name a few. 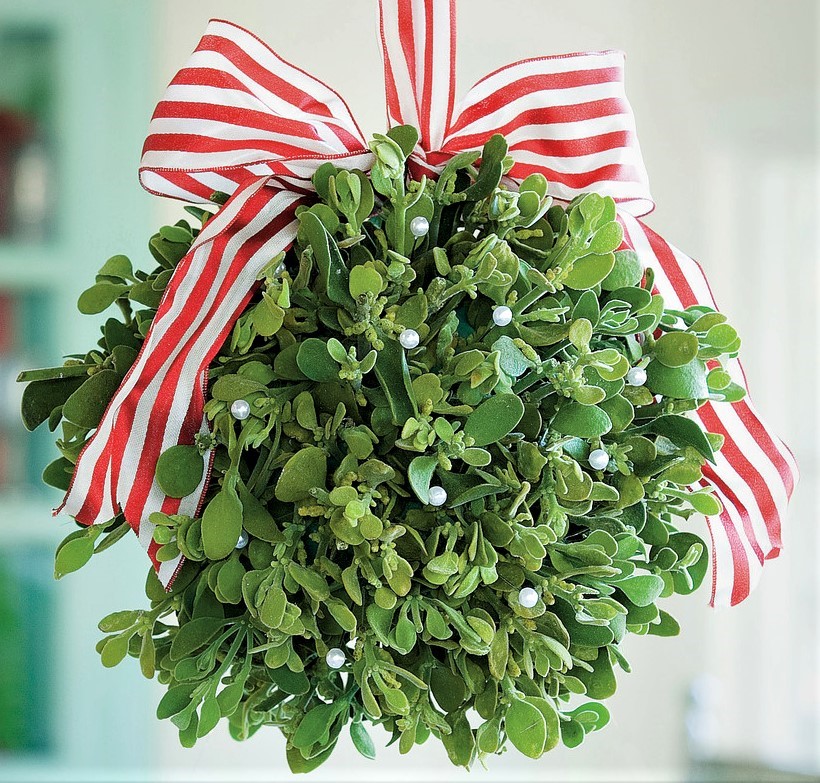 While some of you may be instantly thrown back to Ol’ Blue Eyes serenading you or memories of interesting kissing partners gone by, others may be wondering exactly how an unremarkable plant became a symbol of the happiest time of the year! The parasitic variety of this plant is native to North America. The other variety is European and has a sticky, poisonous berry. So, not the best vegetative pedigree. Why does this plant embolden Christmas joy?
Good question, that.

Many moons ago, the ancient Druids would dress in white robes on the sixth night of the moon, cut down some mistletoe with a golden sickle, sacrifice two white bulls, and pray that those receiving the mistletoe would prosper. Faithful followers would wear mistletoe charms or hang it from their door frames for luck. Hopefully, they had better luck than the bulls.

Throwing back to Norse legend, you’ll learn that when Frigga, goddess of love, asked every inanimate object to swear to never hurt her beloved son Baldur, god of innocence and light, she forgot to include mistletoe in the briefing. It’s a bit convoluted as legends go, but basically Baldur dies, Frigga cries, and her tears turn into white berries on the mistletoe. Frigga decreed that everyone would be happy, blah blah, because that is how happiness works, and so they all started kissing under the mistletoe. It is possible that alcohol was involved.

By the 18th Century, folks were decorating their homes with mistletoe among their pine boughs. A young woman standing under the bedecked ball of parasitic growth could not refuse to be kissed. (Yes, Tailhook, we know, but this was a very different time) Should she not be kissed, then she would not marry during the coming year. In a small nod to restraint, the gentlemen would pluck off a white berry for each kiss and, should they run out of berries, the young women were relieved of the must-kiss-or-be-an-old-maid dilemma. This must have become a problem because, to prevent women from not getting married because they missed a kiss that year, in parts of England the mistletoe was burned by 12th night, rescuing the unkissed from unnecessary spinsterhood.

In France, the kissing is reserved for New Year’s Eve.

However it came to be, Good Grounders were not adverse to the making of mistletoe merriment. Christmas Day weddings were not uncommon in the past. One such occasion was the marriage of Anne Squires to Willard Hill. Mistletoe was mentioned as part of the lovely decorations.

Unfortunately, the news also reports that, after the wedding, the merriment was not all so merry and some local boys were arrested. Perhaps they kept kissing after they ran out of berries.

We’ll leave that merry morsel for another day!