Women’s History Month has disappeared for this year. But, we find ourselves celebrating a woman of another sort.

It has come to our attention that St. Mary’s Episcopal Church just celebrated their 110th Birthday! Congratulations Episcopalians!

The Episcopal Church was the third church to establish itself in our hamlet. The Methodists arrived first in the mid-1800s, with the Catholics building their Church in 1902. Like their predecessors, the Episcopals started by meeting in the homes of local residents interested in building a congregation, followed by building a structure.

In 1908, Vicar Samuel Centennial Fish, who somehow survived grade school with that name, gathered together Southampton residents with an eye towards building a church there. The first services by St. John’s Church were held in the Parrish Art Museum, with subsequent services varying between the museum, the Odd Fellows Lodge and the Library. Vicar Fish (*snort*) went on to help form St. Ann’s Church in Bridgehampton, built in 1912, St. Mark’s in Westhampton Beach, and our lovely St.Mary’s, built in 1920.

We realize that does not quite make the church 110 years old, but the congregation is. Construction was naturally more involved than building a congregation. Land had to be found, funds needed to be raised, nails had to be hammered. It can not have been an easy undertaking. Yet keeping an organization of humans going in more or less the same direction for over a century can be no easy task.

According to the newspapers, St. John’s (in Southampton, in case you lost track) was part of a “single missionary care under the priest-in-charge” which included the other churches. For quite a few years, the activities of St. Mary’s were included under the heading of St. John’s in the papers. Afternoon services were held to allow Rev. Fish to attend to his church in Southampton, then motor over to Good Ground, which probably took an hour at the time. Often the afternoons were filled with musical presentations by a wide variety of organists, singers or other guests. By 1917, Rev. J.G. Bonnlander was assisting Rev. Fish, most likely so he could attend to his burgeoning flock.

The first services in Good Ground were held in March of 1912 at the home of Earle B. Squires, located across Ponquogue Avenue from the current church site. To give some historical context, this was the same month in which the first man parachuted from an airplane, the Oreo was introduced, and the Girl Scouts of America was founded. One wonders how Mr. Squires came to be the host, what with the Squires Family being staunch Methodists for decades. Of course, that had been the only show in town.

In 1916 there were reports of fairs to raise funds for the building of a church. Fortunately, in 1917, Mrs. Charles Hardy – and yes, finally, we know a woman’s given name: Virginia Taylor Hardy – generously donated the property on which the Church sits today. VIrginia would prove to be a most generous benefactor. She and her family provided all the furnishings as a memorial to Mrs. Hardy’s mother, Mary Monford Taylor, when the Church was opened. She later purchased the baptismal font, said to be purchased from an Italian Prince.

This gorgeous Norman-style church boasts a peaked tile roof, English oak pews and paneling, slate and tile floors, as well as stained glass windows created by artist Otto W. Heinigke. A Skinner pipe organ produces melodious music. (and lets people of a certain age tell the one about the streaker in the church.)

T.A. Brouwerm, celebrated Westhampton artist and sculptor, was engaged to decorate St. Mary’s. It was said that he mixed concrete that was just as beautiful and strong as old bronze for one-tenth of the cost. Mr. Brouwerm created a variety of war memorials and statues on Long Island

In 1926, Virginia Hardy once again made a generous donation in the Rectory of St. Mary’s, followed a few years later by the Guild Hall, currently enjoyed as the Fireside Room. Another generous summer resident, Mr. & Mrs. Thomas LeClaire Jacques, provided the exquisite furnishings.

If you haven’t had the pleasure of visiting this lovely church, with its warm and welcoming congregation – no need to crash a wedding – then you should make a date to do so. You will not be disappointed. 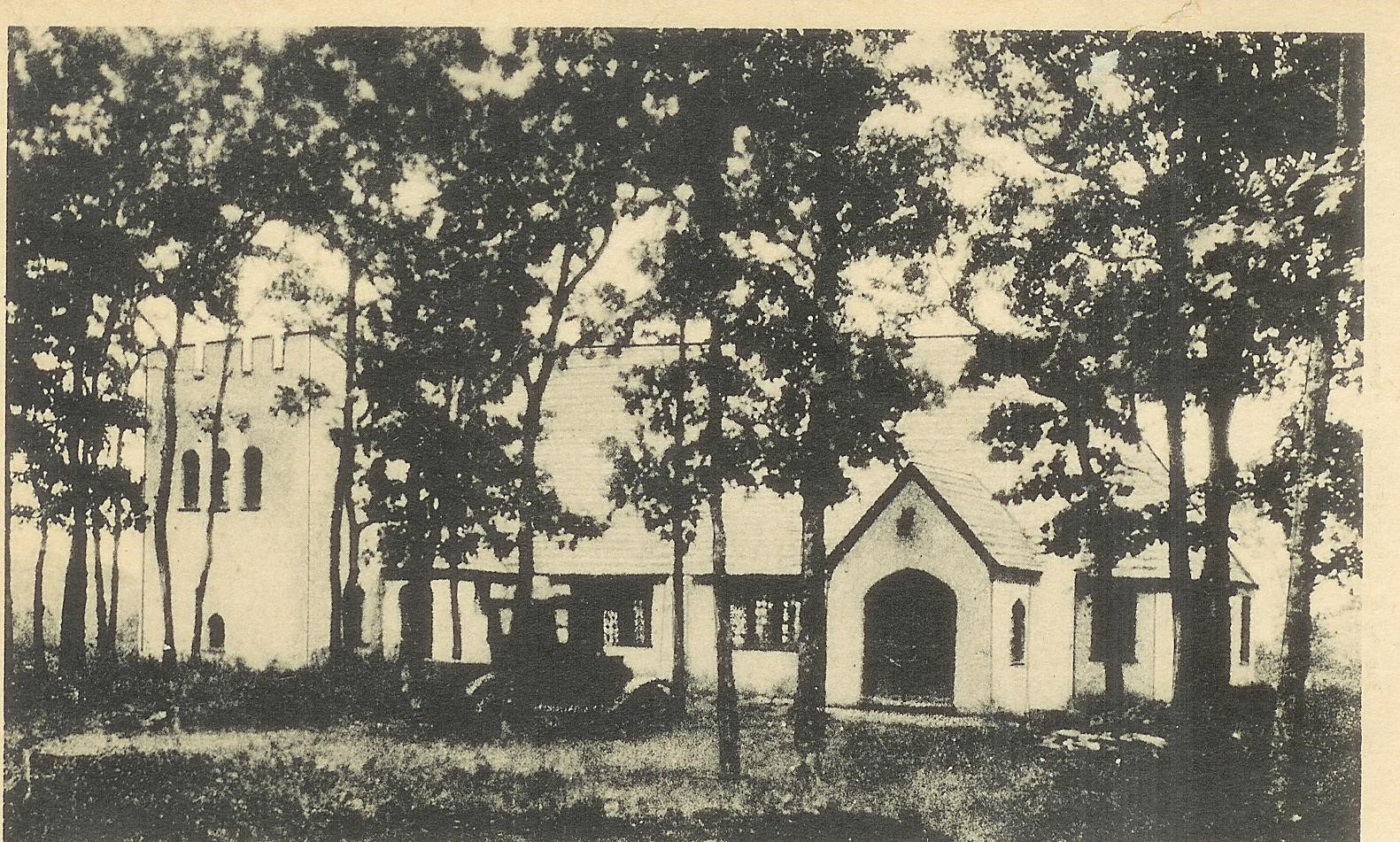