The Plural of Mural

It is true that you never know what goes on behind closed doors.

When some first heard that the Historical Society (PLEASE do not call us the ‘hysterical society’ – we are not the least bit hysterical – usually) was going to preserve the Lyzon Hat Shop, few could understand why. The building was in such wretched condition, looking like it would just collapse into the street one day.

But as soon as you lay your eyes on the grand stairway and moldings, you understood what was being preserved. If you have not ventured into our building, please do so, so you will also understand.

What was not initially realized was that the skilled workmanship did not stop on the first floor. While the barrel ceiling was in disrepair, the dental molding was not. The big surprise, however, were the murals. Murals you say? Raise your hand if you did not realize that this poor building boasted murals inside. 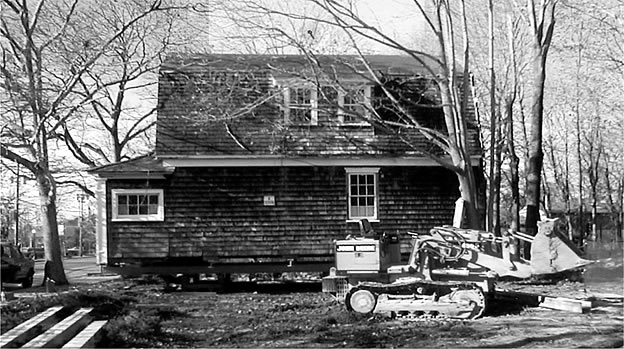 The Kings were, as a family, very creative and artistic and their skills reached far beyond hats. When they reconfigured the building from a general store into an upscale Hat Shop, the woodworking talents of Elmer Jackson were just the tip of the iceberg. Murals were installed at the gable ends of the second floor. We don’t know the provenance of the murals, but we do know that one survived better than the other.

Which led us to the next quandary. Do we restore them both? Do we leave them both untouched? How would we restore them? Where would we get the funds? The murals seemed to be made of a thick wallpaper and we’d hoped to be able to find a replacement. That didn’t work. Lots of hemming, hawing and discussion ensued.

Enter Connecticut-based artist Marc Potocksy! Marc was able to reconstruct the mural which had sustained the greatest damage in his studio, bring it to Hampton Bays and install it over the ruined mural. Sounds like an interesting story, doesn’t it?

On Thursday July 18th, you can join us to meet Marc, learn the step-by-step process of restoration, see the glorious mural and enjoy a nice glass of wine. All for a mere $10 if you are not a member and FREE if you are.

We will have two presentations, at 4 pm and 6 pm, and we’d be thrilled to show you what was behind our closed doors.