Well here we are again, still Archives Month. We figured while last week we gave you an explanation of what an archive is, this week we thought we’d introduce you, or hopefully re-introduce you, to our biggest archive! The Prosper King House.

The Prosper King House is located at 116 West Montauk Hwy. Some will remember it as Ada’s Attic. Often visitors can’t recall the King House being here before. We attribute this to the fact that it doesn’t look like Ada’s Attic any more. Dormers, a porch and other bits were removed to reveal the smaller home that it started as. 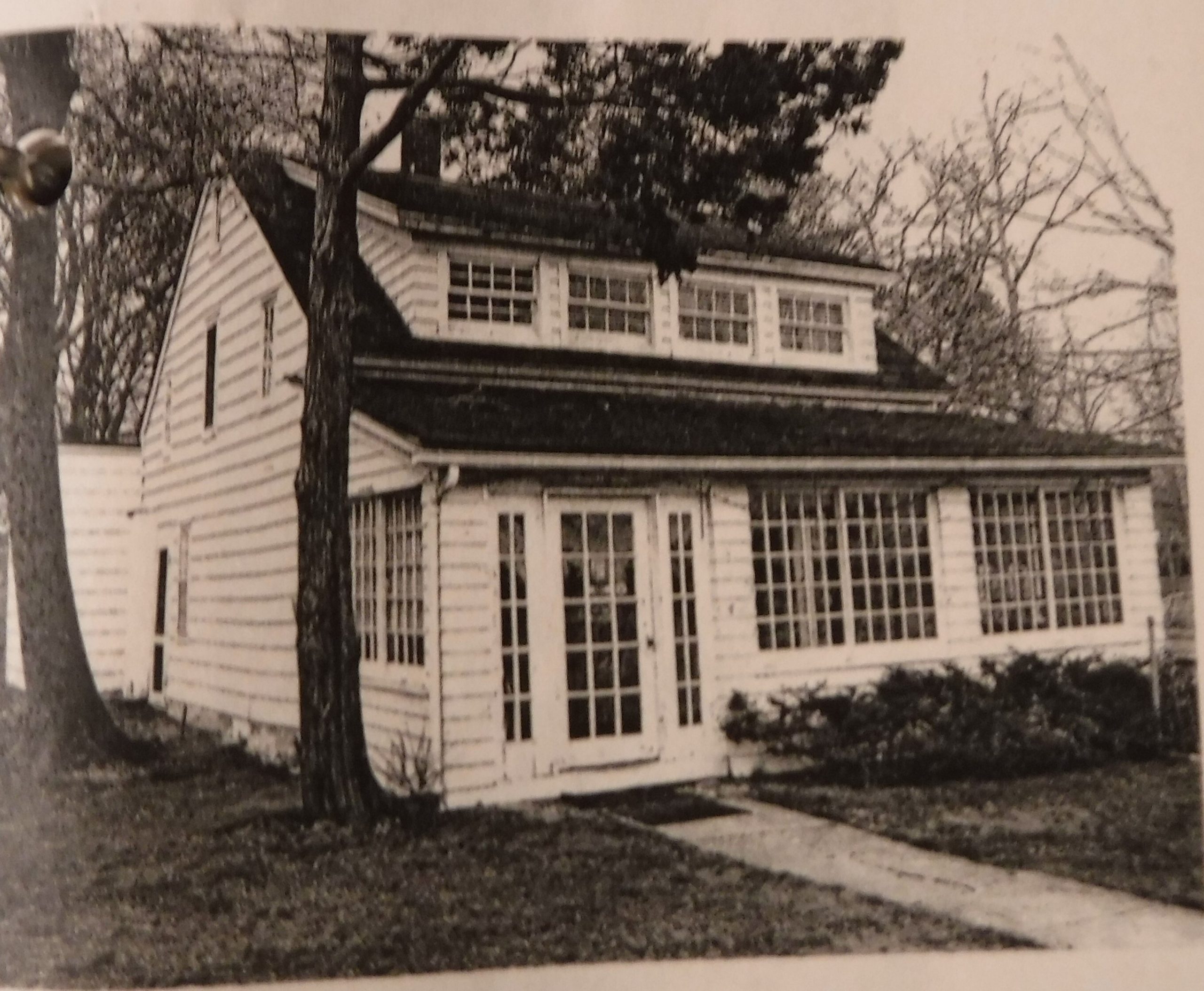 Why was this building saved? How did this happen?

Thanks to the fore-thought and kindness of owners Robert Jones and George Tetzel, the Chamber of Commerce, and Southampton Town’s Community Preservation Fund, this building was preserved, restored and is currently the repository for many of those wonderful archives we own.

Mr. Jones and Mr. Tetzel wanted this building to be preserved and worked with both the Town and the Historical Society. By 2005 the owners were looking towards retirement and Southampton town agreed to purchase the site using $440,000 of CPF funds. The Stewardship agreement was awarded to the HB Historical Society, who worked to raise the remaining amount needed to complete the purchase. And the rest is, well, history of course!

What is achieved by preserving historical buildings? To take a passage from one of the reports that accompanied this acquisition and restoration, the intention was to “preserve local history and the character of the hamlet of Hampton Bays through the restoration of a prominent 18th century residence.” And this “historic restoration digs deeper for truths not found in history books and tells of the lives of ordinary people. This project will not look at great monuments and buildings, but of the ordinary houses of ordinary people. It will provide the hamlet resident with a sense of place, of identity and of belonging – all of which are presently missing in the target area. This will be the first historic restoration in Hampton Bays.”

Yes, well, that is just the way those governmental types talk, isn’t it.

Luckily, this purchase by the Town was a success, unlike the structure we talked about at 140 West Montauk, which is scheduled for demolition.

We hope that we are not alone in thinking that our plans from 2005 should continue in 2021 and beyond.

There has been talk through the years of historic districts, hamlet center strategies and corridor studies. Yes, historic districts do exist in parts of our town. The desire to preserve our character is greatly discussed when someone wants to tear something down. Southampton has a Landmarks & Historic Districts Board. They do a darn good job. They work hard to affect a change. But, they are challenged by the lack of ‘teeth’ in Town law. They are diligent and very deserving of our heartfelt thanks for their dedication and efforts. But they need support. Each one of us has a voice and needs to use it.

What happened in between? LOTS! An historic architect was brought on board to tell us about our house and formulate a plan for restoration. The King House consisted of a two-story, three-bedroom, one-bath house with a small basement under the dining room. Approximately 1300 square feet on the first floor and 610 on the top. There was sagging and wood rot, asphalt shingles sitting on older wood shingles, with more sagging on the roof. Recommendations were made to check for lead paint and asbestos tiles; window sash weights need replacing and oh yes, chunks of foundation had dropped from the building. Good news, the floor planks in the living room are original! The word ROT was probably used more than would have been preferred.

Let’s face it, historic restoration is not for the faint of heart.

The entire structure was lifted up allowing for one of the more fun aspects of this project . The arrival of Professor Christopher Matthews and archeology students from Hofstra! Yes – an archeological dig right here on Main Street. The students did soil studies, found pipes, inspected the foundation and made deductions about the location of any outbuildings. It makes absolute sense that there was a barn on this property.

We have an entire notebook on what was found on the sunny, cool April day. There was all manner of pottery; tobacco pipe bowls and glass; There were nails of all ages and stages. There was metal and animal bones and eggshells. Bricks, tile, stone and terra cotta. Let’s put it this way. There was stuff. Lots and lots of bits and pieces of stuff. Stuff that indicates that lives were lived in this home and on this property. Fragments that form our history.

Ultimately, all the fragments that make up a house were put back together and we are grateful to have it as a home for our Society.